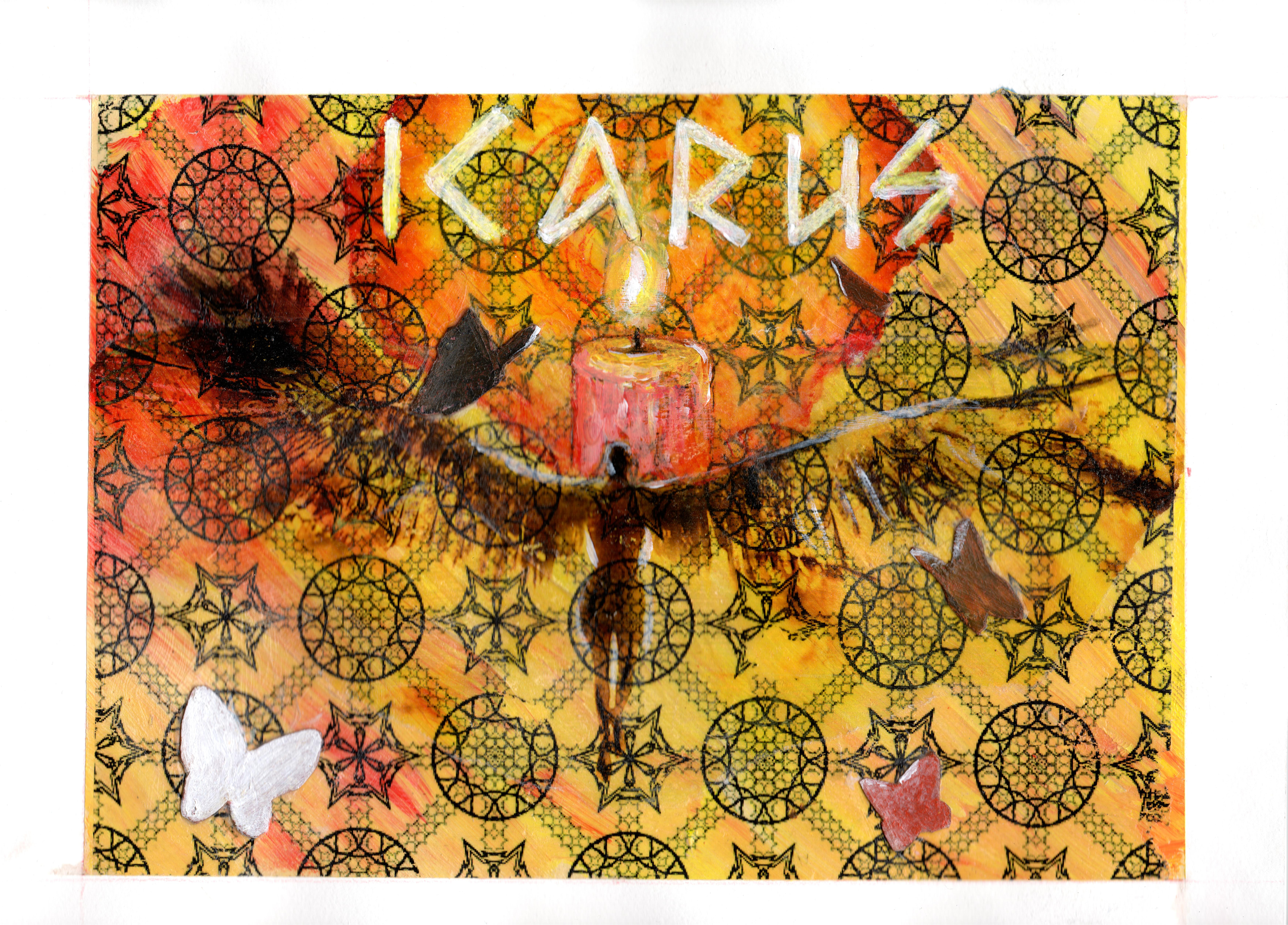 I meant to write this post when it was current, but late is better than never, right?  I bottled Icarus the other day (December 16).  It’s a strong peach wine and it’s pretty tasty.  It’s got plenty of peach flavor and some spicy peppery stuff going on as well, so it’s really a lot more full tasting that just peaches.  For these strong wines, I’ve decided to commission label art as well.  This one is by Kari Siler, here in Laramie, and man that turned out really nice too.  I never really made the connection between Icarus and the moth with the flame.  It’s good to get the input of someone else’s perspective in creative undertakings.  So, there you have it.

“But why,” you ask, “is it called Icarus?”  I’m glad you asked, there’s a good story that goes with it, or at least I think it’s a good story.

When I first opened this place it was the end of summer and the end of harvest season.  I was able to squeeze in beet wine of course, because that’s sort of my thing, as well as peach wine and a batch of raspberry wine at the very tail end of the season.  Peach wine I had never done before, so I made a guess at the sugar content of the juice based on some research and measurements, and based the recipe on that guess.  As it turned out, my guess was way off and I ended up making the wine far stronger than I had intended, but was that ever some good wine.

I panicked at first – this was a full barrel of wine, and it was so far off from what I was shooting for that it could even be called a mistake.  The solution I ended up with was to get the last few peaches I could for the season and making a weaker peach wine to blend the first batch with and hit my target.  The final blend ended up decent; it wasn’t one of my best batches but it was a solid wine.  I sure did hate having to blend down that first batch though.  So, this year, I tweaked my target recipe, shooting for pretty much what I got out of that first peach wine batch, and got some cool label art to put on the bottle.

Anyway, I guess the moral of the story is something about mistakes, and also that one should not strive above one’s appointed place in the world, lest the gods take notice and strike down with a mighty wine-fist those audacious enough to try something new.